Police investigators are searching for an additional three suspects following the arrest of seven others charged in a west Savannah copper theft ring.

Metro investigators believe that at about 10:35 p.m. on Aug. 25, "thieves breached a locked fence at Southern Metals Recycling on the 2800 block of Tremont Road, entered the building, and made off with roughly $6,000 of bare bright metal wiring stored inside," a police spokesman says.

The next day, police responded to reports of a man attempting to sell the stolen scrap metal back to the company. The suspect ran when approached by a patrol officer, resulting in a foot chase and arrest of 24-year-old Devon Washington of a Franklin Street address, in a wooded area near 48th and Edwin streets.

Investigation uncovered six additional suspects: Antonio Easterling — 800 Block of Tatum Street; Elliot Moore, 28, of the 900 block of Staley Avenue, Sherica Williams, 32, of the 40th block of Lawton Street, Darrell McPherson — 800 Block of Sherman Avenue; Ceairra Heyward, 27, of Yamacraw Village, and Craig Reed, of the 5100 Block of Wendell Street. All arrested subjects face conspiracy charges including criminal attempt at burglary, criminal damage to property in the 2nd degree, and possession of tools for the commission of a crime. 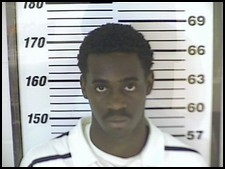 All are known to frequent the 800 block of Tatem Street and have connections in East Savannah around Pennsylvania and Gwinnett as well as Ogeechee Road near I-516.