Melody Rodríguez, director of the Hispanic Outreach & Leadership at Armstrong (HOLA) program and the College Access Mentoring Information and Outreach (CAMINO) program at Armstrong Atlantic State University, was given a Women Who Rock Award at the Global Women's Summit conference in Savannah on March 8.

As part of a celebration of Women’s Month and International Women’s Day, the Global Women’s Summit recognized outstanding women in Savannah, ranging from firefighters to business leaders. 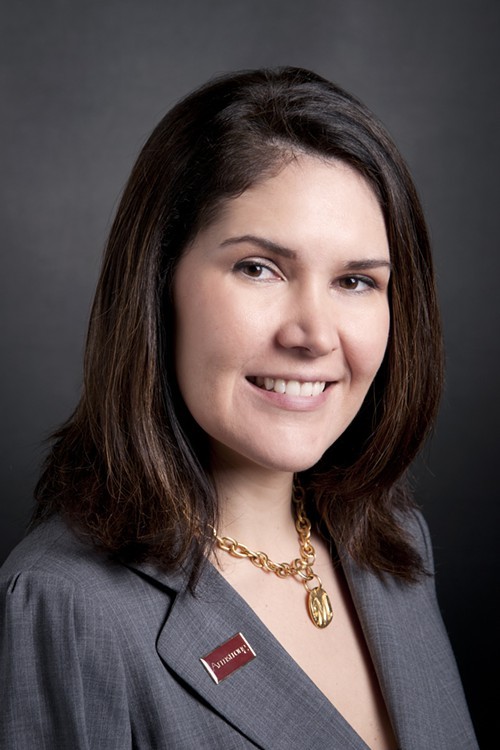 As the HOLA program director at Armstrong, Rodríguez "has secured critical grant funding for scholarships to help attract and retain Hispanic students," a university spokesperson says.

Under her leadership, "Armstrong has doubled its Hispanic/Latino population and secured more than $70,000 in grants to sponsor cultural and educational programs focusing on underserved Latino populations. In addition, The Goizueta Foundation has awarded Armstrong nearly $2 million in scholarship funding as a result of her leadership and dedication to Latino students," the spokesperson continues.

Originally from Merida, Venezuela, Rodríguez earned a M.Ed. in Adult Education, a B.A. in Spanish and a B.A. in Political Science from Armstrong.