A large fire in a Georgia Ports Authority warehouse at Ocean Terminal No. 3 on West River Street has stopped traffic on West Bay Street between West Lashrop and Fahm streets and has greatly slowed traffic on the Talmadge Bridge, police say. Savannah Fire and Rescue is working the fire. Drivers should avoid the area. 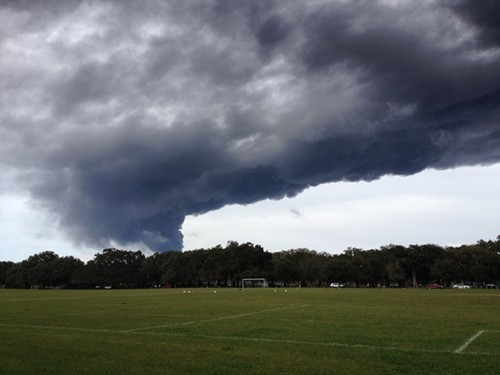