Bo, who was assigned to Sgt Michael Street became lethargic and was taken to the veterinarian on Friday afternoon. He was immediately rushed into surgery where they found a growth.

Late Friday, Bo was recovering after the growth had been successfully been removed. He survived through Saturday, but on Sunday he took a turn for the worse and passed away. 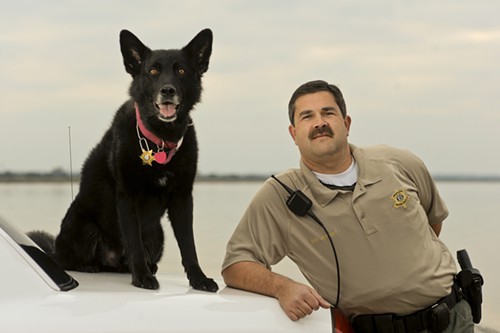 Bo was a 10 year old German Sheppard. He had been with the CCSO for eight years and worked as a drug dog on the highway interdiction team with his partner Sgt Michael Street. Bo will be cremated and his remains returned to his partner.