Police are asking the public’s help in locating a 21-year-old man they have charged with murder and aggravated assault in the shootings of three teenagers this past Tuesday night. 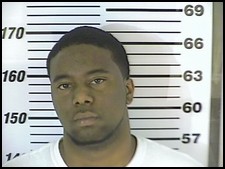 David Randy Daniels Jr. is a black male, 5-foot-10 and weighing about 220 pounds. He is known to frequent the East Savannah areas and is considered armed and dangerous. He has been charged with two counts of murder in the deaths of Dominique Bright, 18, and Syheem Spaulding, 15, and aggravated assault in the shooting of Sha’nai Harris, 15, at East 39th and Cedar streets about 9:45 p.m. Tuesday.

SCMPD Violent Crimes detectives ask that anyone with information on Daniels’ location not approach him, but call Emergency 911 immediately.