Detectives from the Savannah-Chatham Metropolitan Police Department are seeking the public’s help in identifying a car that heavily damaged a historical park Sunday morning.

The purple or dark blue Ford Mustang fastback "drove onto Battlefield Park at Louisville Road and MLK Jr. Boulevard just after midnight Sunday morning and spun around in circles on the parade ground and monument section before driving away on Harris Street," a spokesman says.

"The stones on the monument were heavily damaged and deep ruts were left in the parade ground lawn," police add. 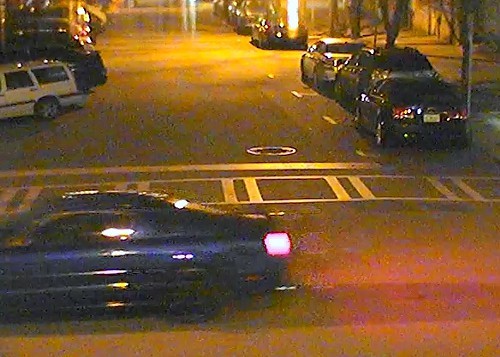 Detectives have released a video showing the Mustang, believed to be about a 2010 model with chrome exhausts, crossing MLK Boulevard headed west onto Louisville Road about 12:08 a.m. Sunday. It can be seen a few seconds later in the background spinning circles in the park.

The car appears purple in the video but may be a color Ford calls Vista Blue.

Anyone with information on the case, the Mustang or the driver is asked to call Crimestoppers at (912) 234-2020 or text CRIMES (274637) using the keyword CSTOP2020. Tipsters remain anonymous and may qualify for a cash reward.